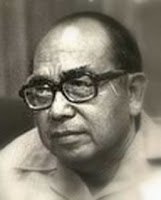 The signs first surfaced late last year, but the intelligence reports, the alarming graphs and the ground readings were ignored.

Was it complacency or sheer arrogance that led the authorities to embark on a mission of vilification, arrests and charges in court?

The ‘shock and awe’ tactics did not work. Out of this, instead, grew the courage of convictions that was expressed in the outpouring of disgust which swept away decades of fear, differences and indifference.

For thinking the unthinkable and daring to achieve it, Malaysiakini proudly declares that its Newsmaker of the Year is...

We salute the silent majority which was sufficiently rankled to find its voice especially in cyberspace, a frontier which dissenters exploited to maximum benefit.

Blogs mushroomed - including that of the never-been-silent former premier Dr Mahathir Mohamad. He kept up a constant bombardment of successor Abdullah Ahmad Badawi, his ambitious son-in-law Khairy Jamaluddin and members of the Fourth Floor.

Ordinary people - as never before - huddled in desperate contemplation of a nation falling apart on the political, economic and social fronts.

They found unity in the diversity - everyone was pissed off but for different reasons, and there was no dearth of deep-seated, festering complaints:The hammer-blows fell with telling accuracy on a ‘selfish, heartless, arrogant, ineffective, greedy and inconsiderate’ BN government led by the sleep-deprived Abdullah.

In January, a group of disgruntled young Malaysians even handed him a pillow and bolster, in recognition of his all-too-frequent ability to catch 40 winks in the middle of official business.

And still Abdullah was oblivious to the shift in sentiments - perhaps he believed a little too much in his pantang dicabar brand of governance and politics.

The final nail was supplied by Barisan Nasional component parties themselves, which imploded over a squabble for plum seats ahead of the general election on March 8.

All this while, the opposition front avoided pitfalls of the past and presented the public with a plausible alternative. Their veterans and newbies drew mammoth crowds to their ceramah nationwide, coaxing voters to shed inhibitions and embrace a ‘new dawn’.

The Year Of The Rakyat

As with the Hindu Rights Action Force (Hindraf) and the Coalition for Clean and Fair Elections (Bersih) in 2007, the general election of March 8, 2008 stamped the arrival of a new force in Malaysia.

In this, the Year of the Rakyat, Malaysians were shaken awake from deep slumber and kicked out of their comfort zone to make a conscious choice that, in turn, has shaken up the status quo.

YOU, the defiant, threw out the rotten, the corrupt and the inept in an election that was nothing short of inspiring.

YOU, the fearless, continued to press for reform and speak up against discrimination and injustice.

YOU, the marginalised, showed up with a six-year-old’s handwritten letters, teddy bears and roses to appeal to the better nature of those who have locked up husbands and fathers. When outlawed, you have refused to disappear.

YOU, the outraged, have turned up - some with young children - at weekly protests and candlelight vigils against the Internal Security Act, risking arrest in the process.

YOU, the supportive, wore T-shirts declaring ‘I’m with RPK’, paraded these before watchful eyes, and stood with blogger Raja Petra Kamarudin in his darkest moments of captivity.

YOU, the imaginative, gate-crashed the biggest party of the year - the Umno ministers’ Hari Raya ‘open house’ - to take your message to the highest leaders of the land.

YOU, the fed-up, protested the hike in fuel prices in your thousands and later, the fatwa against tomboys, albeit in a smaller number.

YOU, the brave, stood against bulldozers and barricades for days on end, resisting the demand to pay toll charges.

YOU, the indefatigable, cycled for 16 days from north and south to Kuala Lumpur, campaigning for attention to unresolved issues and impending concerns, in the face of police harassment to the last.YOU have all sent out the unequivocal message that you are no longer spectators, but movers and shakers of the nation.

Yes, YOU are indeed worthy recipients of the Newsmaker of the Year award.
Posted by Mr Joker at 11:20:00 AM 0 comments